How to weigh-in your fighters

If you have the weigh-in the same day, just before the first fight.

Go to “Schedule & Brackets” and choose “Find matches” and the upcoming fights will appear in chronological order, if you are having trouble finding the person who is to be weighed in, simply look him/her up with the “search fighter” function.

Pressing the first fight will expand in two choices, Scoreboard or Bracket. This gives you the option to see the bracket. Perfect for weigh in staff to help answer questions. If you want you can also have the weigh-in by the mat and then start the fight pressing the scoreboard button.

When you press the scale icon next to the name a pop up will be displayed for the weigh in. It is by default “unknown” since they have not yet weighed in. After the fighter has stepped on the scale you have two options, “OK” or “No-show/missed weight". You can also use this function for other reasons than weight for example “gi not ok, failed to fix it”,

- If you set one fighter ok and the other one as "No-show/missed weight" the fight will stay and you can choose to announce the winner on the mat.

- If you set both fighters as "No-show/missed weight" they are both DQ:ed and the fight will disappear from current matches.

From start the fighter have a red dot next to his/her name, after an “ok” in the weigh-ins, the fighter is now green.

If you dont have the weigh-in just before the first fight.

Go to your registrations tab and use the button that looks like a scale.

If you have activated numeric weights you will see the allowed range for this weight class. 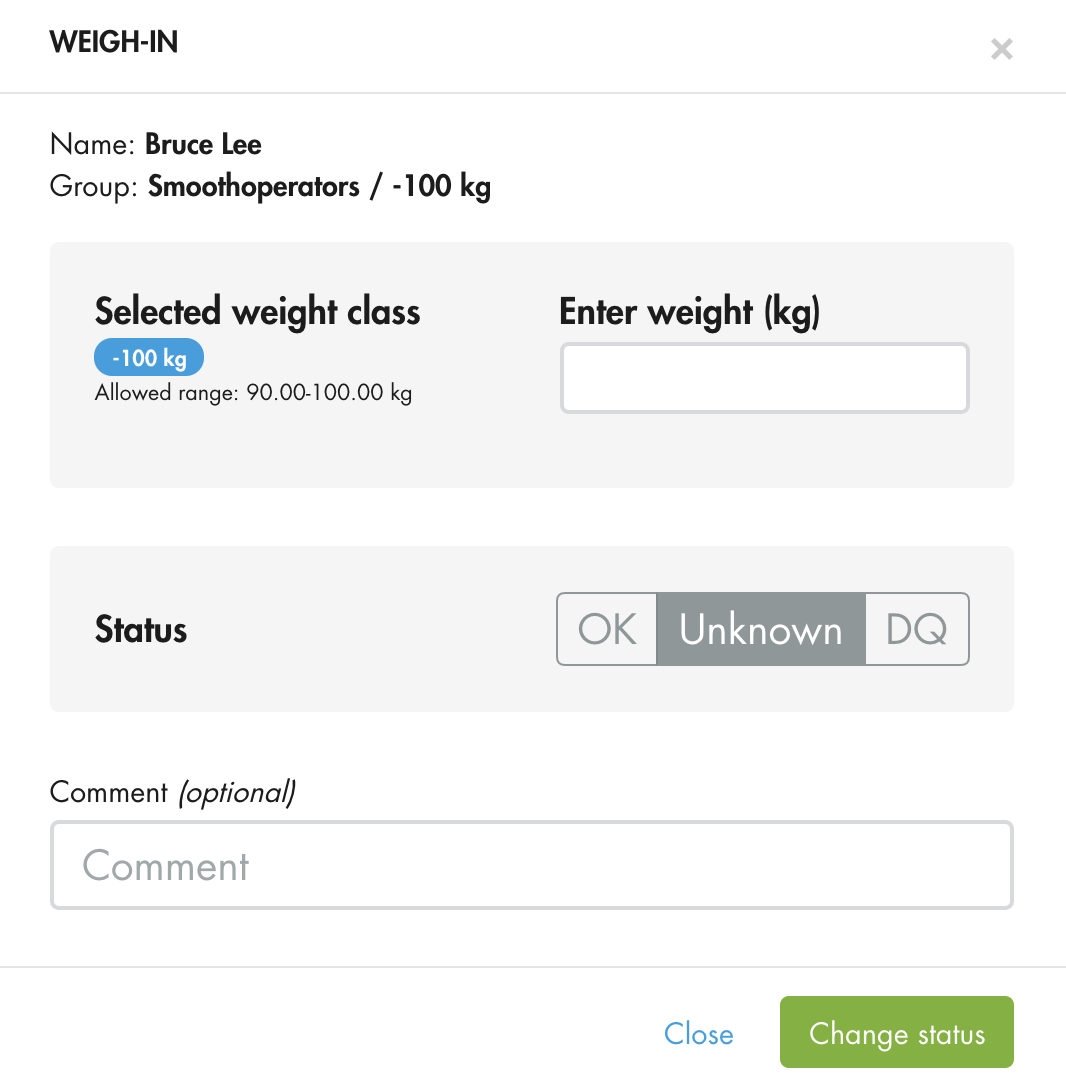 The value you input will be matched against the allowed range and if its not within the range the box will turn red and you can take action and select if you want to disqualify the athlete or move him/her up or down. 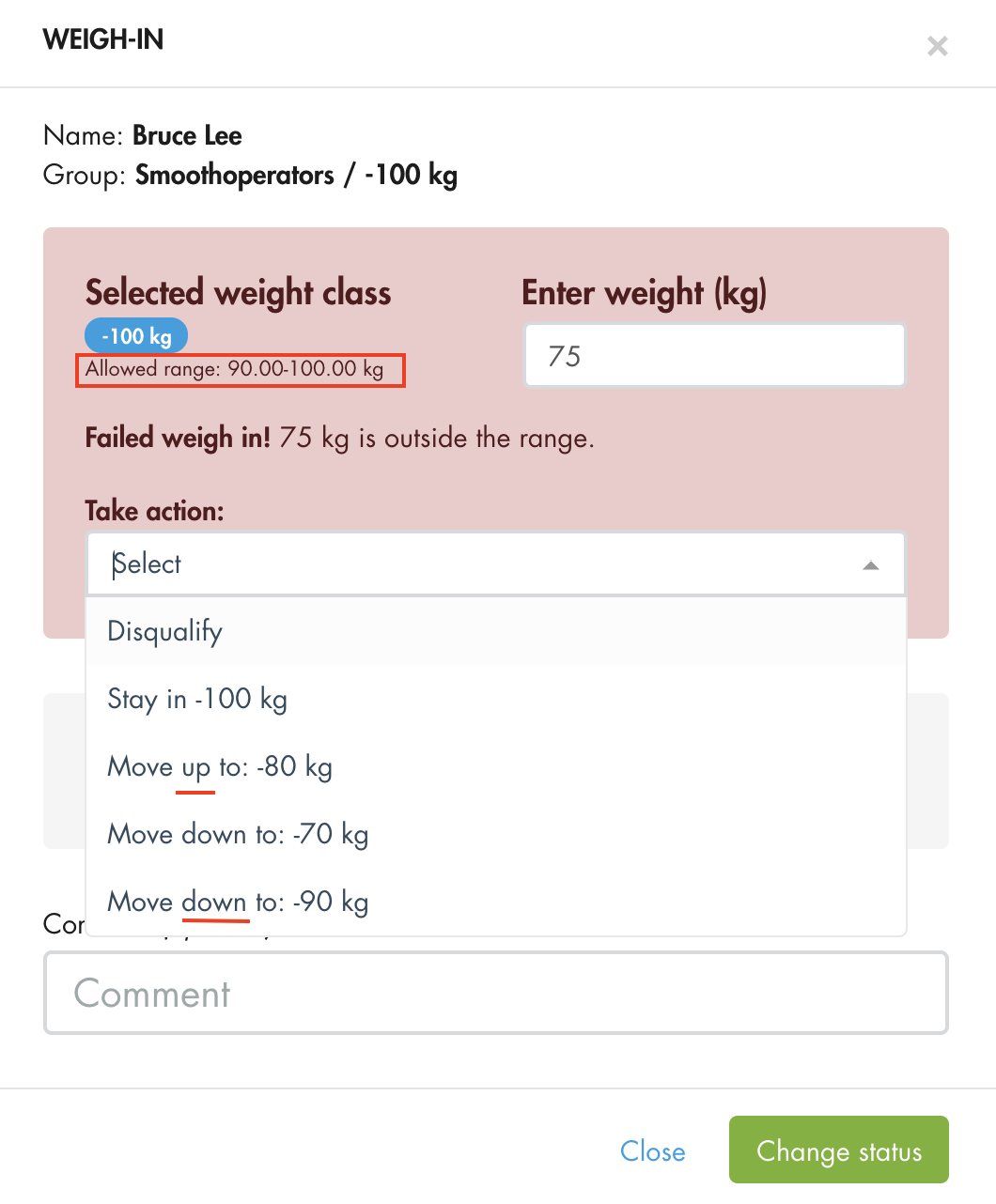 If you move them to a weightclass that is within the range the box turns green and when you change status the athlete will be moved to the new weightclass. 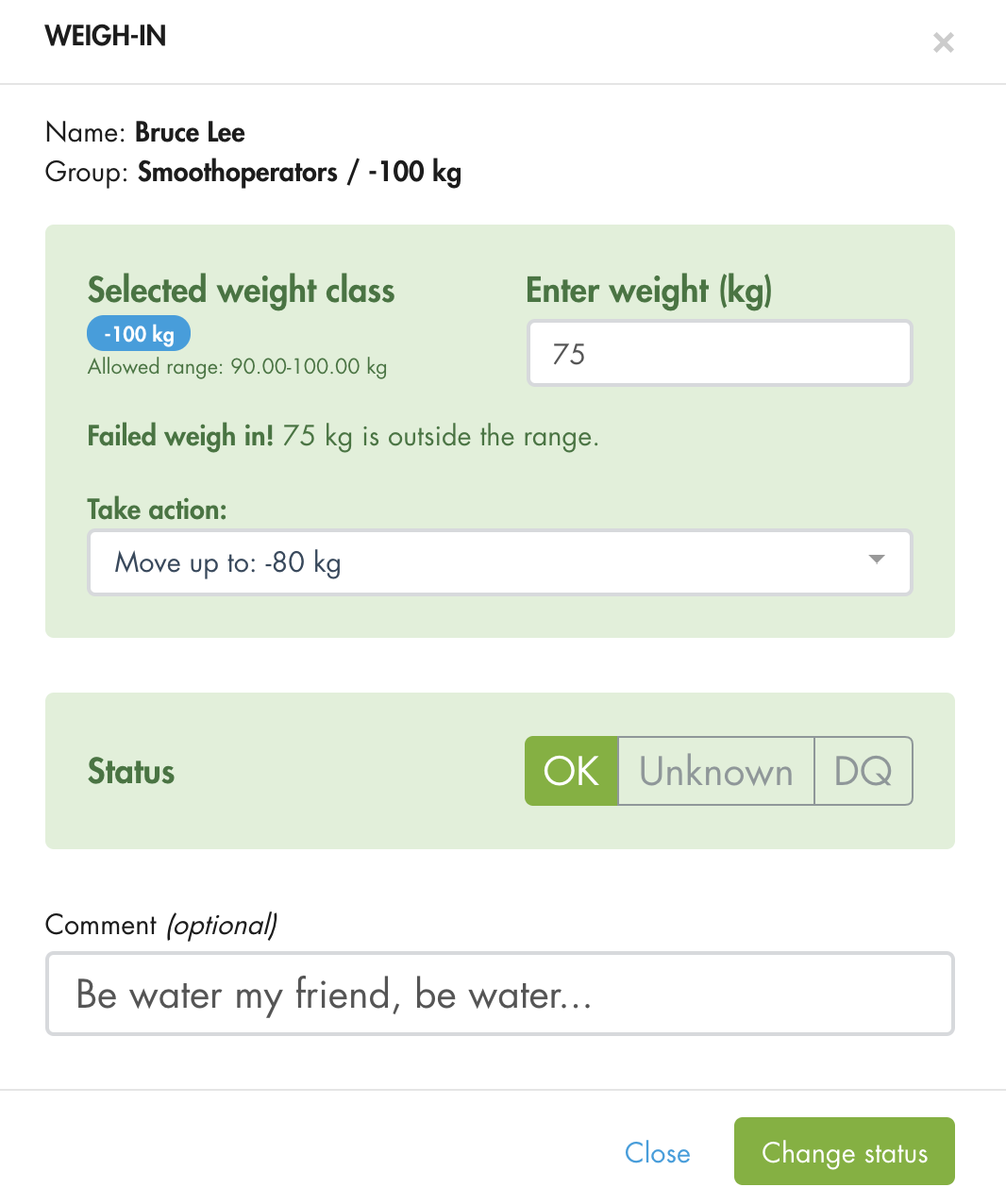 In the comments section you can write a comment to track who weighed them in or other information.