In a double elimination everyone gets at least two fights. This double elimination bracket is using an option called "true double" and gives the winner of the repechage a chance to win the gold, but only if he/she beats the true finalist twice.

1. If the athlete that (so far) has not lost wins the ”possible final” she will win the gold and the runner up will win the silver. 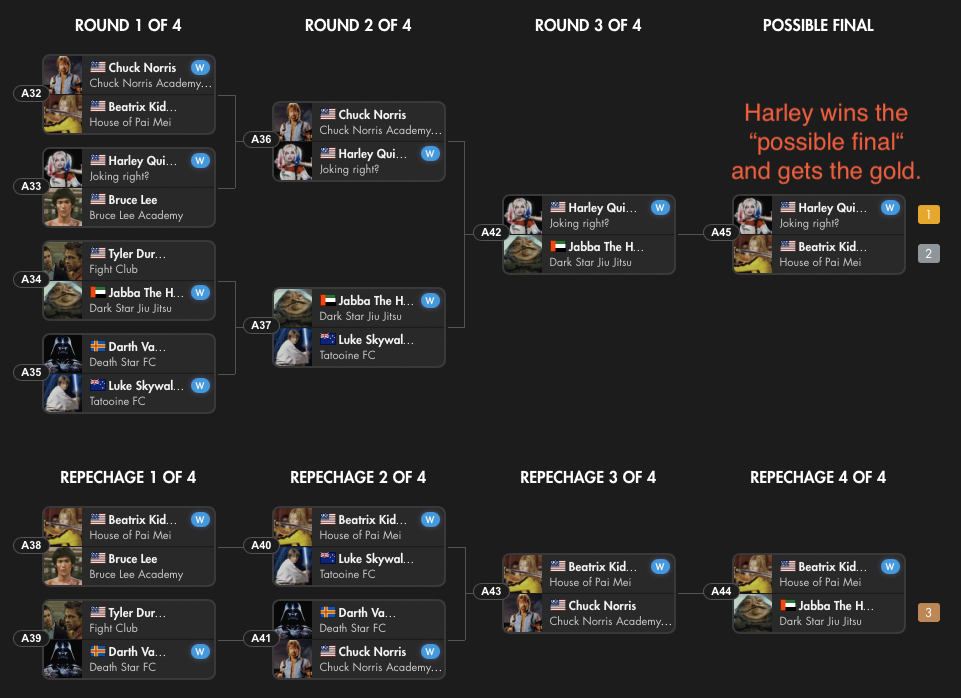 2. If the winner of the repechage wins the ”possible final” (Beatrix in this example) another match between the two will appear and the winner of that final match will be declared the gold medalist (Harley was seeking her revenge) and she wins the final and the other athlete (Beatrix) will have to settle for silver. 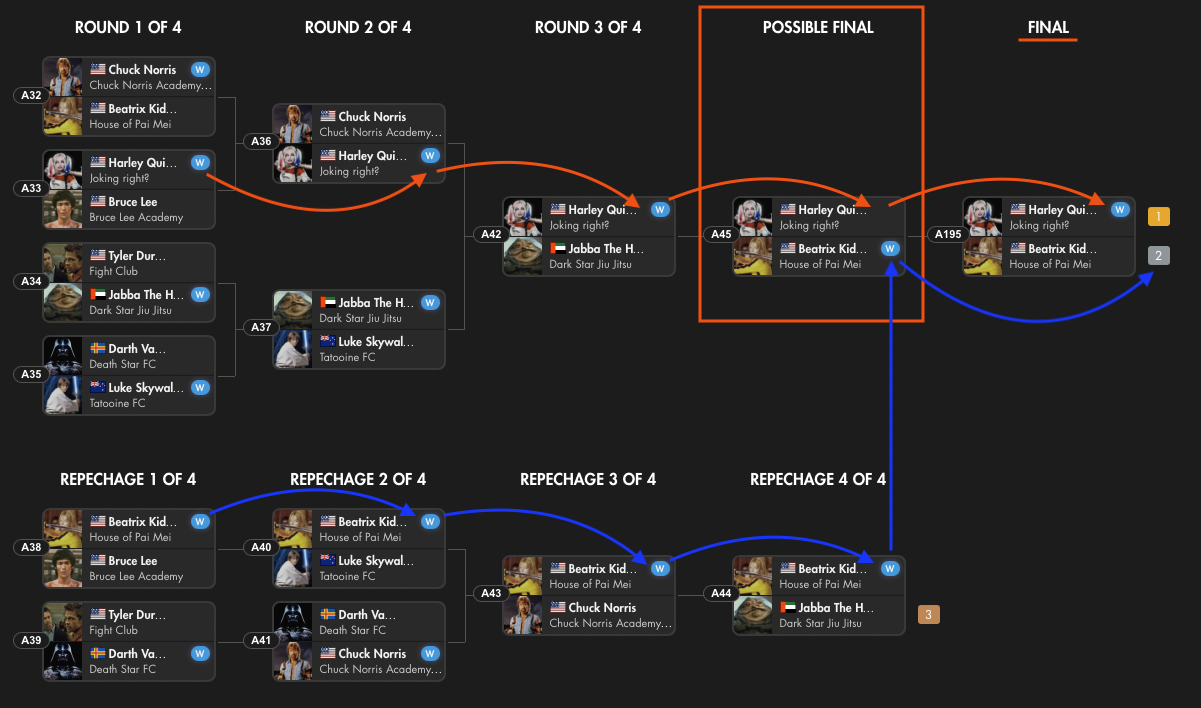 The icon for the true double elimination bracket. 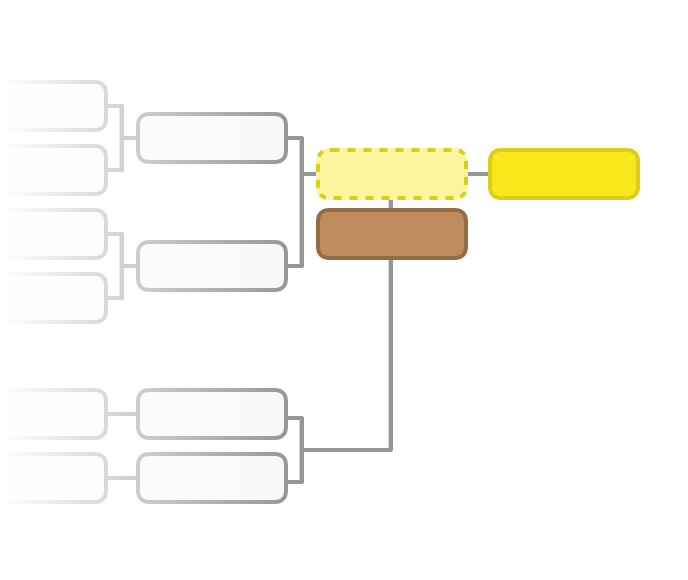