Smoothcomp has two options to score a match that never happens. 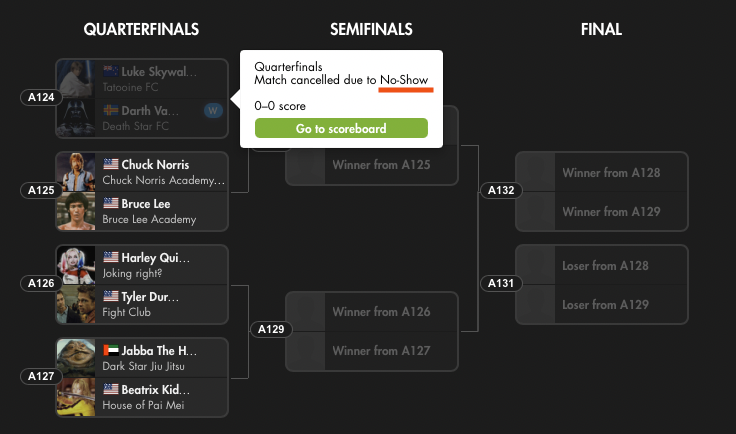 No-Show as the name implies is intended to be used when a competitor does not show up at the event at all. Instead of having to redo a bracket that already has started an organiser can score the match a "no-show" and the player will be out of the bracket and the match will not be a part of the athletes match statistics. Also, the match will not appear in the opponents match statistics or in any related toplists at the event.

In this example Luke never showed up (he claims he informed the organiser) and the scorekeeper saved the match via No-Show. 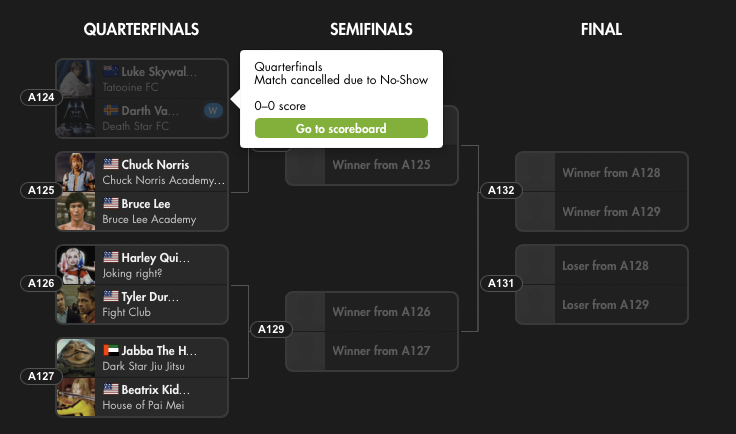 The scoreboard displays No Show as an option for both fighters since this is their first fight for the day. 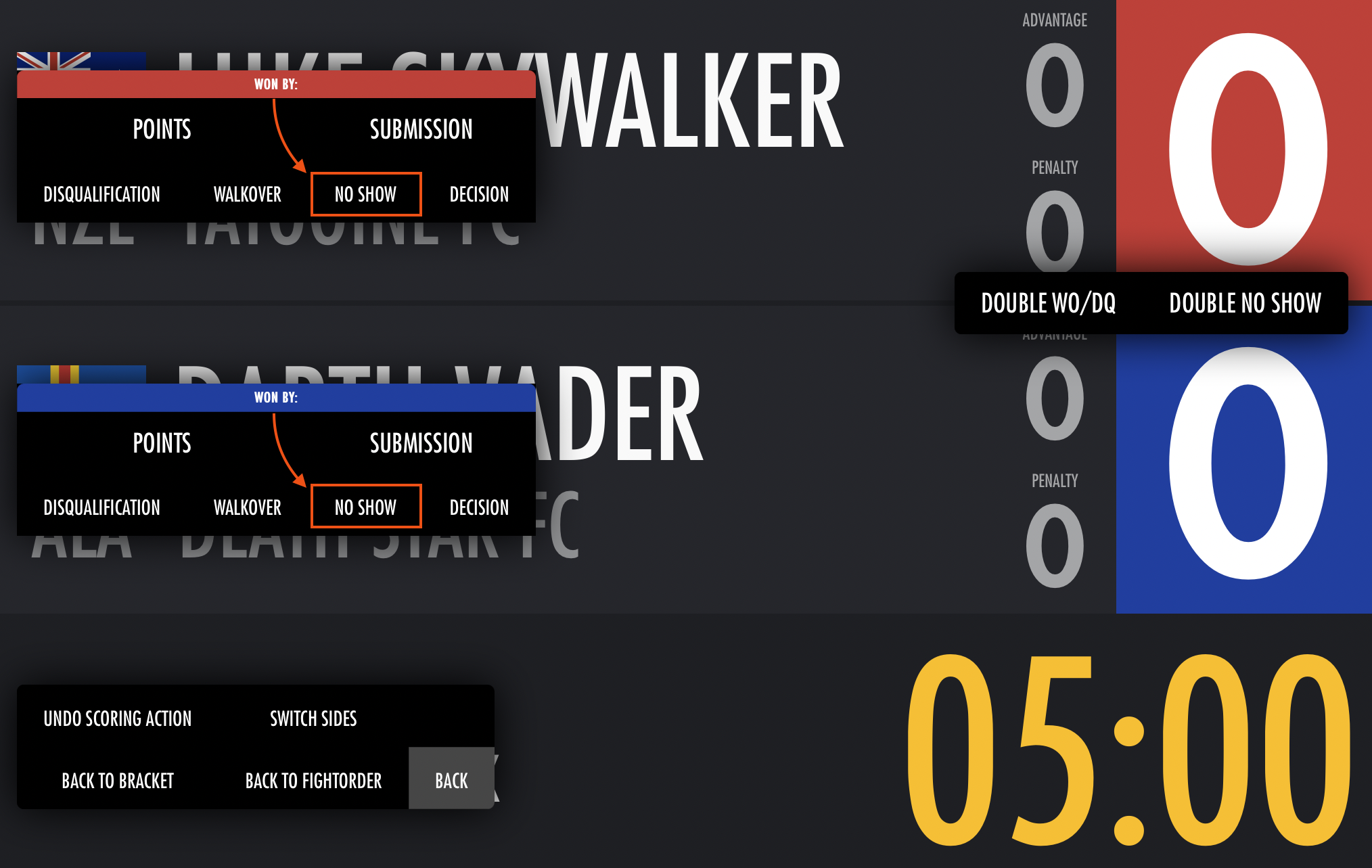 Luke never shows up so Darth advances to the semi, Luke is out and after the event no records are saved in his profile for this No-Show.

On the other side of the bracket Harley wins her first fight via submission and are now in the semifinal. 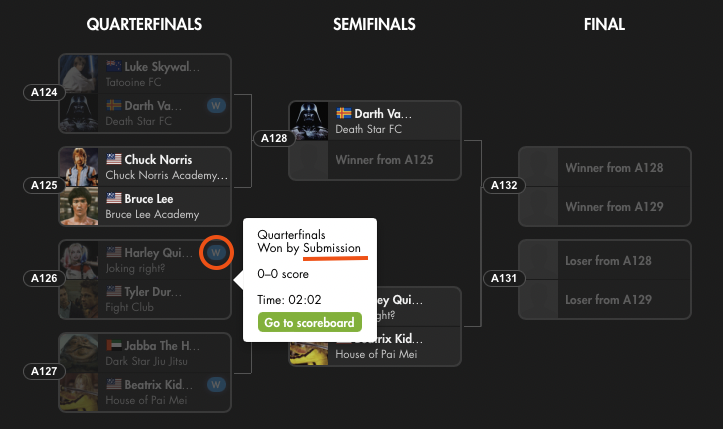 Jabba is a coward and never shows up so Beatrix advances via No-Show. 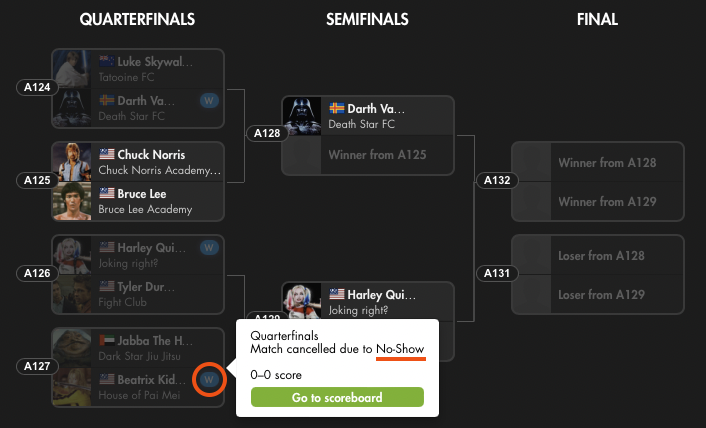 In the next fight between Harley and Beatrix the scoreboard only shows the Won By: No-Show option for Harley since Beatrix still have not had any match (Beatrix first fight was win via No-Show and that does not count as a match)

This only applies for elimination brackets, in Round Robin the No-show is available many times since in theory matches can occur is reverse order. 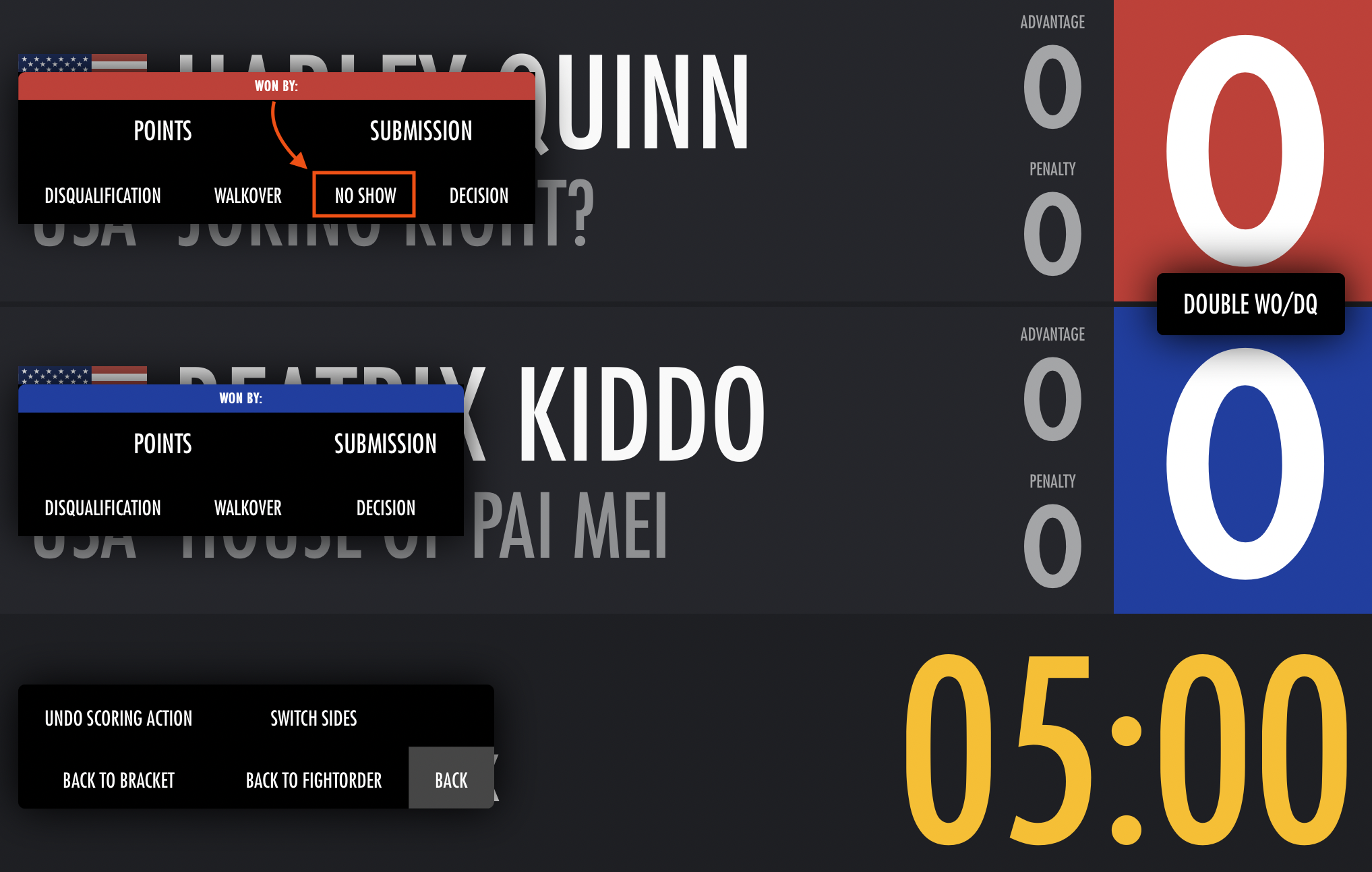 Walkover is typically used when a fighter pulls out midbracket for injury or whatever reason. In that case the match does count as a win for the opponent and a loss for the person giving the walk-over.

A walkover can be scored anywhere in a bracket.

Darth won the first fight by the No-Show from Luke and then he choose to leave a Walkover in the fight against Bruce Lee in the semi-final. Losing via walkover still gives Darth the chance to play for the bronze. 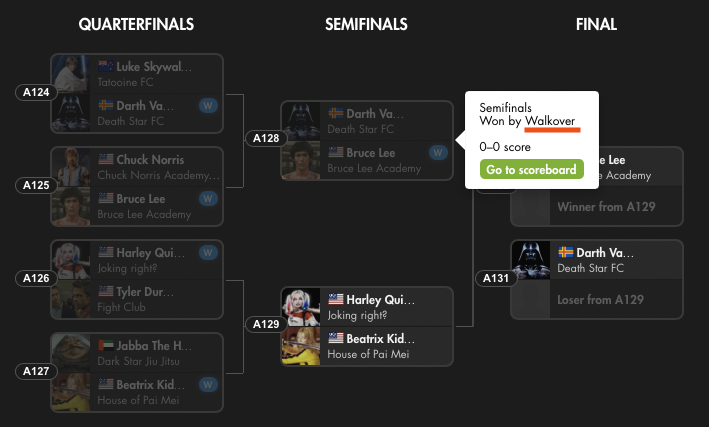 Darth had a bad day and lost the bronze match also. Of the three fights he had he advanced by No-Show in the first but lost the other two. 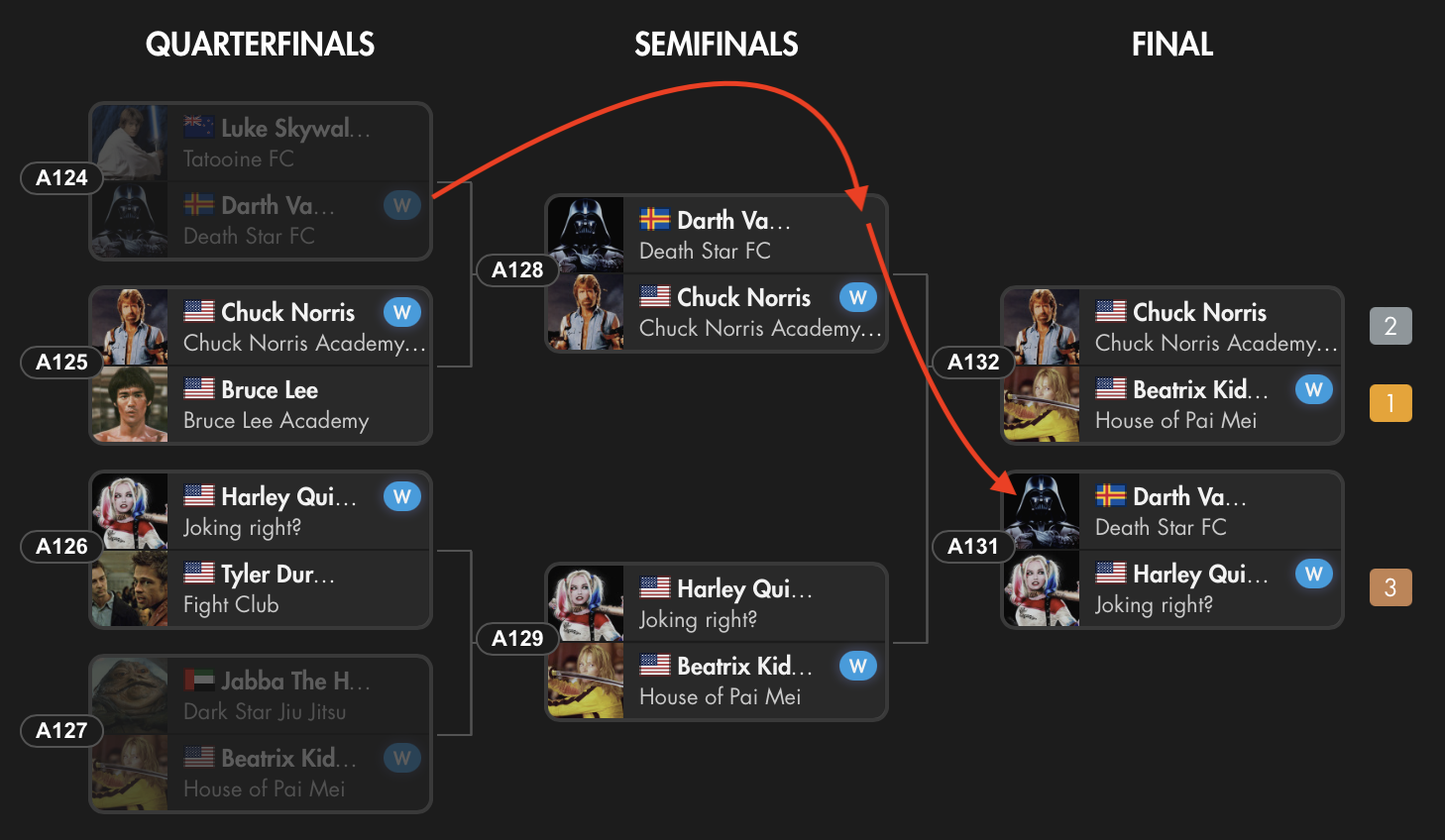 In the Walkover scenario the matches ARE included in the match statistics and also a part of toplists etc.

With the No-Show option you can avoid giving athletes losses to their records if they never showed up! Maybe they did text or emailed you but you had missed it. You can always open the scoreboard and change the results from a walkover to a No Show, even after the event!