The double elimination bracket has an option called "loser to final" and gives the winner of the repechage a chance to win the gold in the end. 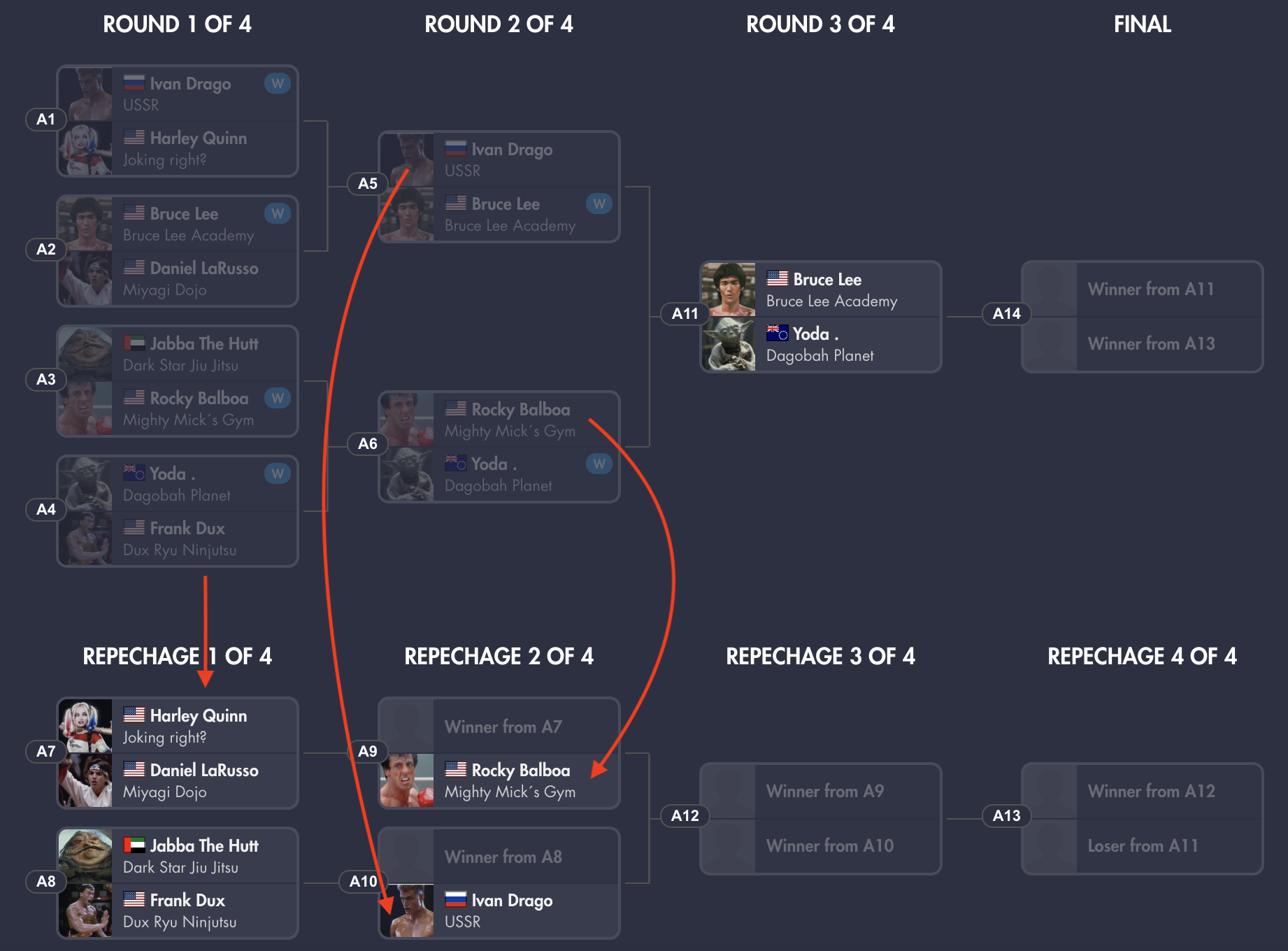 Bruce won his first two fights (A2 and A5), got beaten by Yoda in A11 and is moved to repechage with the chance to revenge his loss against Yoda in the final. 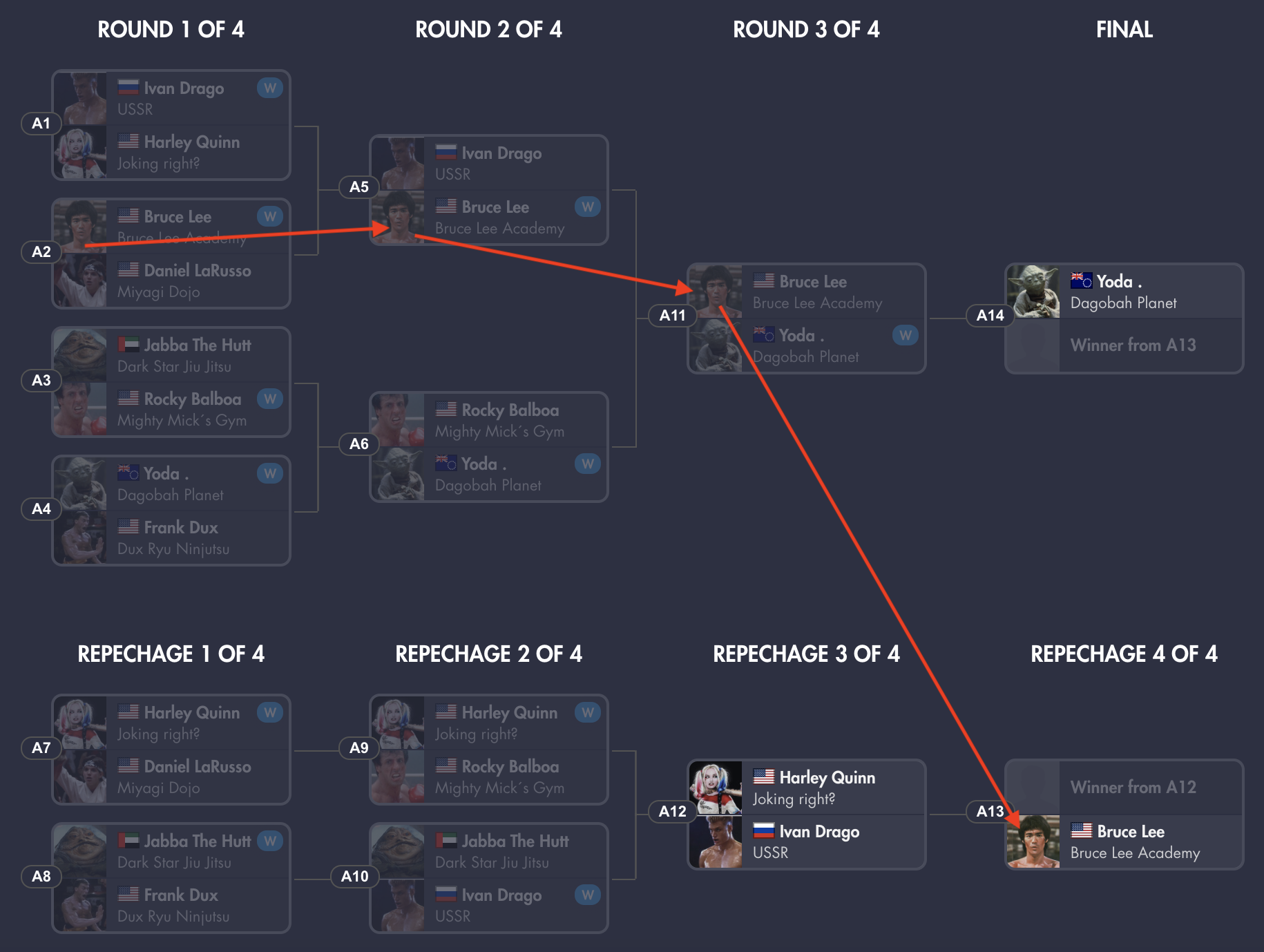 If Bruce wins against Harley (A13) he will fight Yoda in the final. If Harley wins, she will take that place. 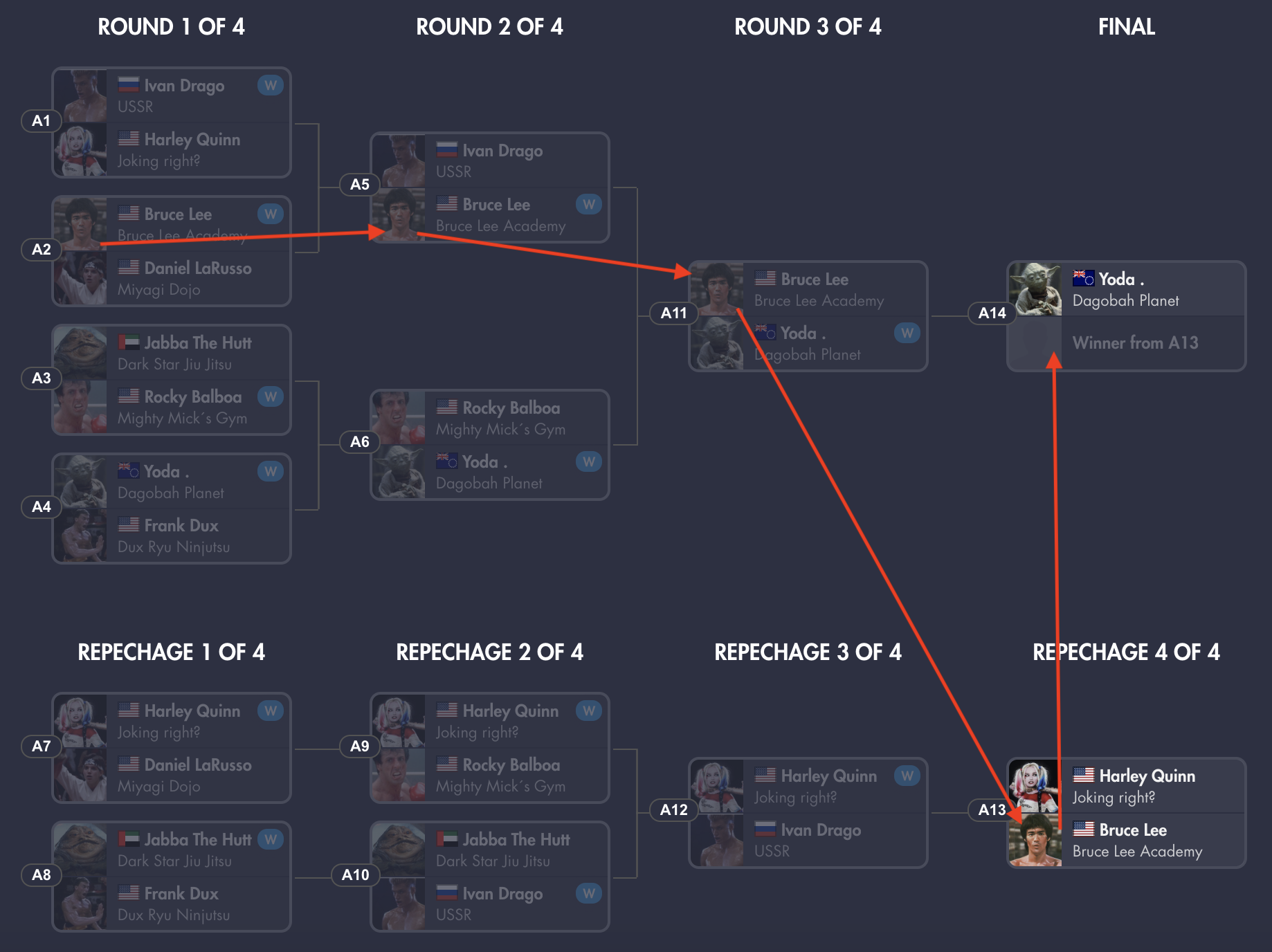 Bruce beat Harley (by points) but Yoda is too strong and he wins again in the final. 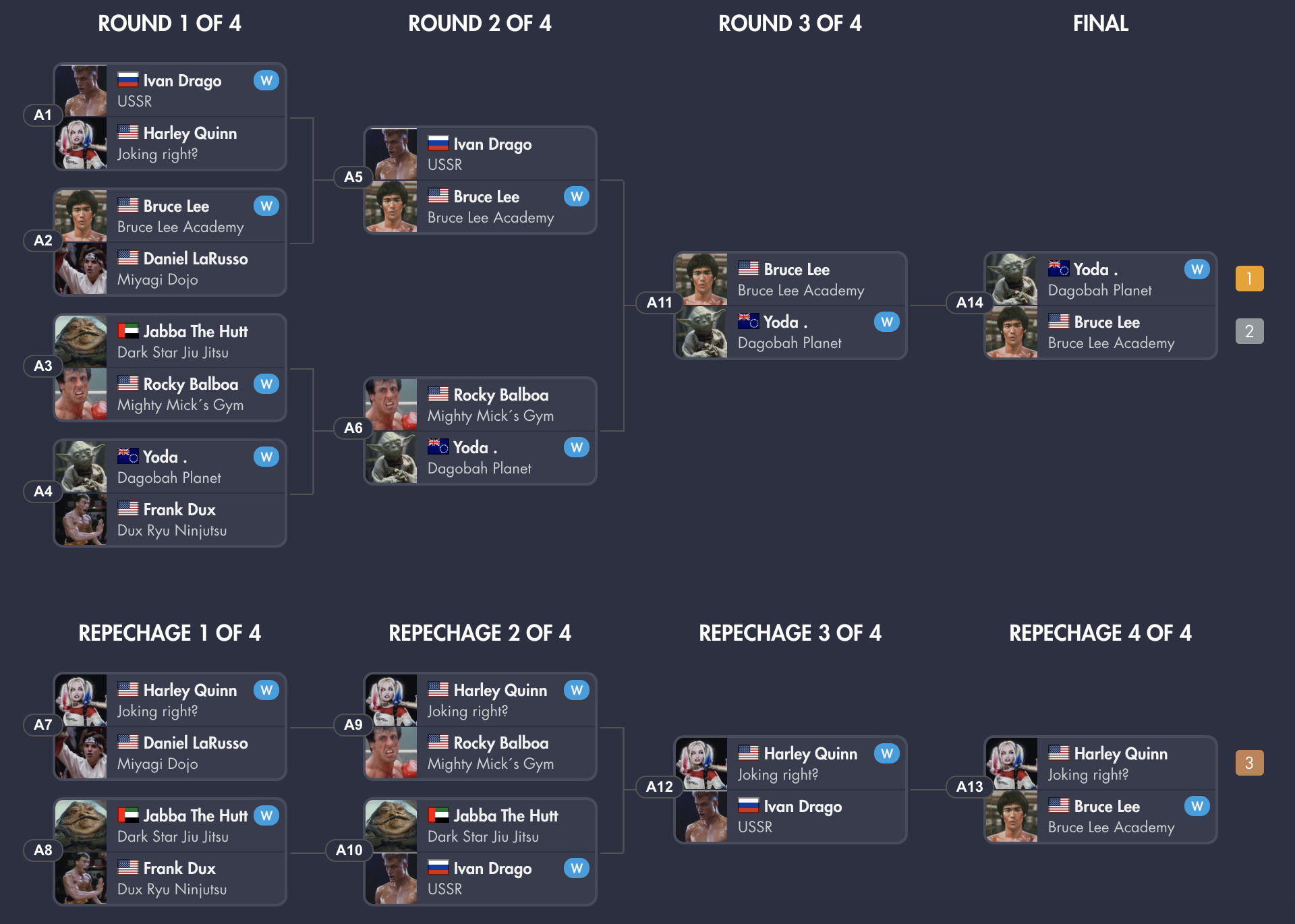 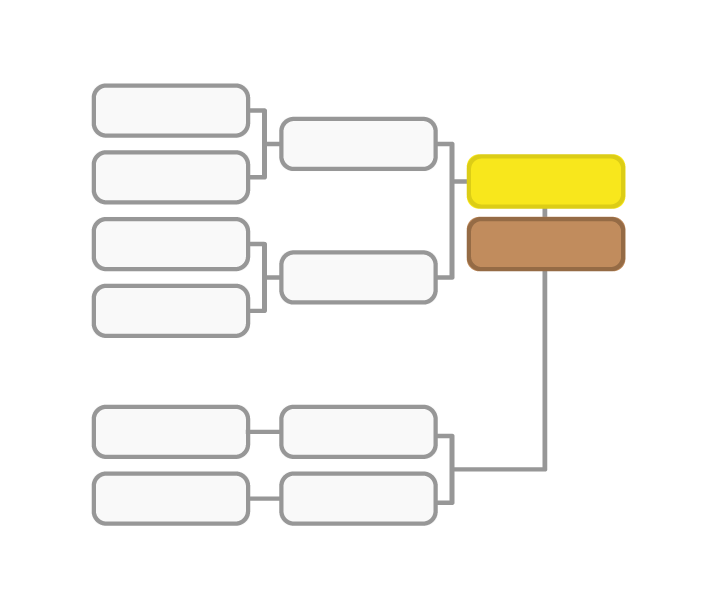